Who Controls All of Our Money? 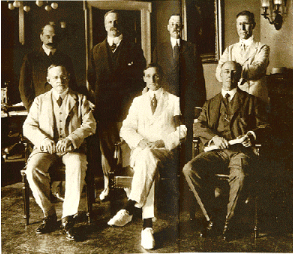 At 6:00 P.M. on December 23, 1913, President Woodrow Wilson entered his office. He was smiling as he looked around the circle of friends and associates who had assembled there.

Spotting Carter Glass, the slightly built but exceedingly influential congressman from Virginia, at the far end of the room, the President beckoned him to join Senator Robert Owen of Oklahoma at his side.

After shaking Glass’s hand warmly, the President sat down at his desk and, using four gold pens, signed into law the Federal Reserve Act. As Arthur S. Link, Wilson’s principal biographer, has written, „Thus ended the long struggle for the greatest single piece of constructive legislation of the Wilson era and one of the most important domestic Acts in the nation’s history.“