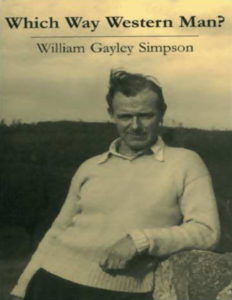 The pros and cons of how the First World War got started it is manifestly impossible to discuss here in any detail. But it may be categorically stated that among competent historians who have had access to the latest evidence, the idea that Germany was guilty of wanting the war, planning for it or starting it, is completely discredited.232 Professor Sidney B. Fay, head of the Department of History at Smith College and later one of Roosevelt’s “Court Historians,” attaches critical importance to the assassination of Archduke Ferdinand of Austria, with which the war began. Without that, war might have been completely avoided.

“The murder of the Archduke,” he says, “ignited material which would not otherwise have taken fire as it did, or perhaps at all. It is, therefore, of importance to trace the origins of the plot in which he fell a victim and to determine the responsibility for the deed which was to have such awful and world-racking consequences.” 233

For a background for one’s investigation, one needs to bear in mind the statement of Walter Rathenau, five years before the war broke out, that a self-perpetuating body of three hundred men, all known to one another, controlled the destiny of Europe. It would seem that with all this power, they could have prevented war if they had wished to. Perhaps, indeed, war was what they wanted.234 One remembers again Disraeli’s cryptic remark about the course of events’ being manipulated from behind the scenes—and his observation that at that time Jews were at the helm of every important country of Europe.

So that one has to wonder whether, offstage, behind the statesmen who stood in the limelight, there were not other men, perhaps of Jewish race, who, for purposes of their own, worked up and worked upon old international jealousies, fears, and antagonisms; slipped ideas into the minds of figurehead statesmen; and at critical moments were at their elbows to bait and to bribe, to threaten and to coerce. And there are, also, the not very cryptic words in speeches by two very powerful Jews, on momentous occasions, in which one of them, fifteen years before the event, predicted the war which would bring forth the promise of Palestine;235 and in which the other, in reviewing the assassination, the war, and the hold on Palestine they got out of the war, represented these events as the achievement of Jewish power and intrigue.236

But lest this seem too cloak-and-daggerish, and too full of mere suggestion and suspicion, let me now proceed to set down known facts.

Everything is ready. The U.S., with the Federal Reserve firmly fastened upon it, has been
yoked for the decisive part it is to play. And Europe itself, beneath its surface, is a fierce
welter of fears and hates and murderous passions. The long-standing conspiracy between France and Russia for the destruction of Germany has done its work: they know each other.237 It has long been recognized that the Balkans are “the powder keg of Europe.” Serbia in particular is the readied percussion cap, needing only to be struck to set off an earth-rocking explosion. And plans have been laid to have it struck.

In 1912, the Revue internationale des societes secretes (i.e., The International Review of Secret Societies) published a few prophetic words by a high Swiss Freemason in regard to Franz Ferdinand, heir to the throne of Austria, to which Serbia was subject: “He is a remarkable man; it is a pity that he is condemned, he will die on the steps of his throne.” 238 Within two years the Archduke and his wife were assassinated by several Serbian Freemasons. The fatal shots were fired by one Princip, a Jew.239 This assassination “served as the spark which lit the conflagration in Europe.” 240 Professor Fay reviews the shorthand record of the trial of the young assassins in November 1914, which he declared “a fascinating human document” and pronounced “full and fair.” 241 One of them testified that “the Freemasons had already condemned to death the heir to the throne two years ago,” and again, “In Freemasonry it is permitted to kill.” 242

He describes the “Black Hand” terrorist organization for achieving the freedom of Serbia. Machinery was already installed by which Freemasons, plotting in Belgrade, under secret orders from unindentified Masons yet higher up in Vienna (or for that matter, in Paris or St. Petersburg) could step in and use the Serbian feud with Austria to start a world war for ends of their own.

He recounts the formation of the conspiracy. But the plot was actually hatched in France,
at Toulouse, where three of the terrorists met in January 1914. Here one of them “came
into direct touch with various Russian revolutionists, including Trotsky.” 243 The purpose
in going to France was—it would seem manifest—to meet the men “higher up” who would decide who was to be killed, and when and where, and who would provide the
necessary money and arms.

What I have been implying is that I believe the Jews started the war. And after the
evidence that I have already submitted, perhaps this will not strike my readers as too
farfetched. But I will add that Henry Ford put it on record that some “very prominent”
Jews insisted, in conversation with him, that it was their own people who contrived the
war, precipitated it, and so controlled it that it would stop only when they wanted it
stopped.244

In any case, the war got started and ran its course.

By 1916, it seemed to have reached a stalemate. Both sides were desperate. Germany’s
submarines had brought Britain to the point where her people were only two weeks ahead of their food supply. And the Allied encirclement of the Central Powers had forced them to fight on more fronts than they could effectively man. Out of the common desperation, the Jews were able to achieve two of their chief objectives. In what follows, it must be remembered that, as always, the Jews in all countries communicated and cooperated freely across all national boundaries.

Few gentiles were aware that while Paul Warburg (with his Kuhn, Loeb & Co.) was dominating the situation here, his blood brother Max had the Kaiser under his thumb in Germany.